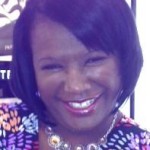 (ST. PETERSBURG, FL – March 25, 2015) — Valpak announced today that it will once again partner with IndyCar Series team Rahal Letterman Lanigan (RLL) Racing. This will be the second year for the exciting partnership that combines America’s love of racing with the Valpak loyal audience. 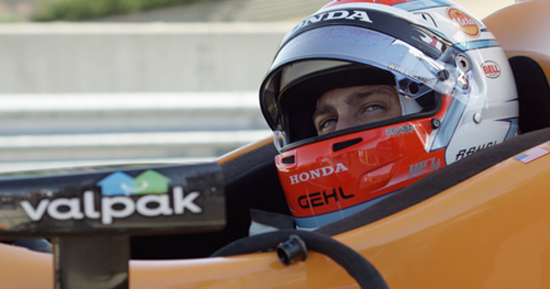 Featured driver Graham Rahal will make an appearance on the Valpak envelope later this year, as well as promote the Valpak smart phone app and spread the Valpak savings message nationwide on the Verizon IndyCar Series circuit. Graham will promote Valpak’s mobile offerings and savings on the go around the country.

“We’re excited that Graham and the team will share the Valpak message throughout the circuit,” said Michael Vivio, president of Cox Target Media and Valpak. “Watching them go full throttle during last year’s race season was exhilarating and it’s exciting to see them bring the Valpak message to millions of viewers,” he said.

Last year, Graham Rahal was featured on the August Valpak envelope with an augmented reality (AR) component and video. The envelope was mailed to more than 40 million households throughout the United States and Canada.

“We’re thrilled to continue our great partnership with Valpak,” said Bobby Rahal, co-owner of Rahal Letterman Lanigan Racing with CBS Late Show host David Letterman and Mi-Jack co-owner Mike Lanigan. “Like a number of our partners, Valpak is one of the great iconic brands in today’s marketplace and we couldn’t be more proud to represent them at their home race in St. Petersburg. We look forward to supporting their many franchises and customers at IndyCar races across the nation.”

The IndyCar season will officially start this year at the Firestone Grand Prix of St. Petersburg, where Valpak headquarters is also located. Graham and Bobby Rahal will visit Valpak headquarters and the Valpak Manufacturing Center for a tour on March 26.

Valpak has led the industry in mobile couponing, with mobile savings through apps and continuing to incorporate the latest technology. It’s commitment to being in front of the latest technology helped its first-to-market integration into four mobile wallets, including Passbook, Microsoft, Samsung and Google.

Discover more about Valpak®
Valpak is at the heart of communities across North America, helping people save, businesses grow and neighborhoods thrive through a network of local franchises in the U.S. and Canada. Valpak marketing consultants live and work in your neighborhood. We know what your customers want (we are them!) and can help you take the guesswork out of advertising with real-world marketing solutions that drive measurable results. From the mailbox to online to mobile devices, Valpak continues to find innovative ways to connect businesses with consumers. Monthly, close to 40 million homes receive our Blue Envelope of savings and traffic on www.valpak.com and our syndication partner sites exceeds 110 million. Backed by the muscle of Cox Target Media, your local Valpak office has the means and know-how to custom build a marketing campaign that meets your needs and budget. Let us introduce you to the neighborhood. Call Valpak at 1-800-676-6878.

About Rahal Letterman Lanigan Racing
Rahal Letterman Lanigan Racing, based in Hilliard, Ohio and Brownsburg, Ind., is co-owned by three-time IndyCar Champion and 1986 Indianapolis 500 winner Bobby Rahal, CBS LATE SHOW host David Letterman and Mi-Jack co-owner Mike Lanigan. In 2015 the team will compete in their 24th year of open wheel competition and attempt to add to their 20 wins – including the 2004 Indy 500 from pole with Buddy Rice — their 29 poles, 81 podium finishes and 1992 series championship. The team also competed in the American Le Mans Series from 2009-2013 as BMW Team RLL where they won both the Manufacturer and Team Championships in the GT category in 2010 and swept all three GT titles in 2011 – Manufacturer, Team and Driver. In 2012, the team finished second in the Team Championship and third in the Manufacturer Championship and in 2013, the team finished second in the Driver, Team and Manufacturer Championship. In 2014, BMW Team RLL competed in the GTLM class of the TUDOR United SportsCar Championship with a two-car program and earned six podium finishes including four second-place finishes. In 2015, the team opened the season by scoring their 50th podium finish of second place at the Rolex 24 at Daytona and will attempt to add to their 10 wins.